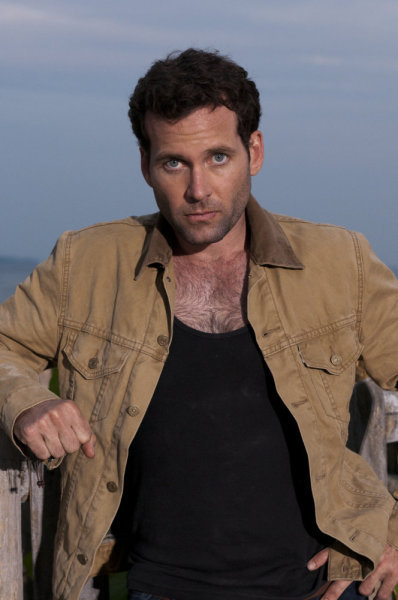 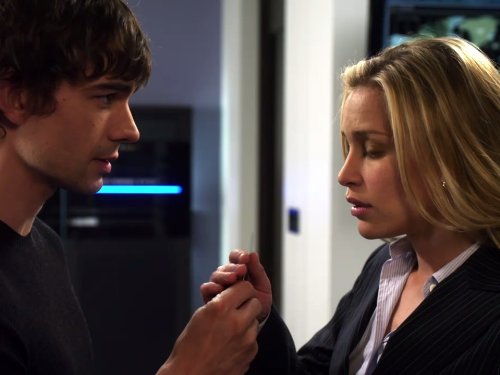 Annie is forced to confront her past when Ben Mercer walks into CIA Headquarters, and the two are sent to Sri Lanka together to rescue Ben's former asset.
Ben Mercer ends his rogue operations and comes in from the cold because he needs help rescuing a former asset who has been captured and sent to Sri Lanka, and Annie is sent to help him.
Within a few episodes it hit me that the opening credits for this show could easily be inserted here as my comment because they are a perfect summary of the show itself. The title sequence is made up of cool 1960's retro spy-chic silhouettes and it reminded me of the same approach that they took in the film Catch Me if You Can. In essence they are meant to be fresh, sexy, slick, cool and have a sense of fun about them – like I said, a perfect summary of the show itself because this is what it is going for as well. However, like the show itself, while I can see what it is trying to be, its limitations prevent it from doing more than trying.

Don't get me wrong, the credit sequence is still pretty good for a USA network show, but it feels like somebody with less money and less time and less ability sat down with a copy of Catch Me if You Can and a coffee table book about Saul Bass' design and copied it the best they could. The end result is serviceable but every time I see the titles I cannot help but notice its limitations and think of other media that did the same sort of thing but much better – which is precisely how I ended up felling about the whole show if I'm honest.

The plot sees Annie Walker fast tracked from training into the CIA because her language skills make her perfect for a particular job. From there she is frequently put out into the field while trying to maintain her cover from her sister and balance the rest of her life while in constant danger – all the time pining for a man she fell in love with on holiday who mysteriously vanished with little explanation. Week to week what this means is that we get a case a week where Annie is put on assignment, gets into a bit of trouble of one form or another, gets out of it, touches base with her family and something happens that progresses the "bigger picture" plot with Ben by about an inch. It is nothing new, almost every weekly show does this sort of structure, it comes down to how well you can do it.

Sadly Covert Affairs is only ever OK. It is never as slick as you sense it would like to be; nor are the plots ever as engaging as they could have been. Each weekly plot plays out roughly like you know it will and contains roughly the same formula as the episode before – never too much of any one thing but just enough to be solid enough across the board. Never does this show more than when it comes to larger expense items like locations and special effects because they are mostly poorly done; poor back-projection and very shaky effects – almost to the point that you wonder why they bothered to try if they had so little money available to do them? It distracts and it lightly entertains and as such I suppose it fulfils its remit and in particular is welcomed into the company of all those other USA Network shows that do the same thing with the same nonthreatening and easy approach.

The cast match this approach and also emulate the "I see what you're aiming for" feel summarised by the credits. Personally I love Perabo and indeed have watched films just to see her and she is enjoyably relaxed here. Were the show more fun and with a bit more spark to it then she would be better with it, but she does feel a little limited by the show – she has sexy presence, but just not enough. Gorham is solid enough as Auggie but beyond his novelty he doesn't have too much of a character to be interested in. Matchett and Gallagher are good finds but again need more material to run with. Dudek appears to have slipped from her premier role in House down to this sort of "sister" support role and she does little. I dislike Ramamurthy generally and do so again here – not his fault probably, just personal bias but he did nothing to win me over here again. Various well-known faces show up here and there but again the cast is not really a problem so much as the ambition and tone of the show.

Season 1 was solidly distracting enough to justify me coming back for a second look (although to be honest my girlfriend will force me to do so anyway) but I do hope that it picks its ideas up. On the surface it all appears to be trying to be a light, sexy and fun spy show with a bit of an overall plot to keep people interested, but it never really pulls it off. Like the credits, it never doesn't feel like it is a lesser copy of something better – I hope the second season can address this since it is its main failing from my point of view. I have become a devoted fan, and that is rarely the case for me with any series. This then is a comment on this episode, in an evaluation of that fantasy. The character of Annie is obviously the premise that we are to empathize with. We wish to see her character survive, triumph and grow despite her flaws -blah-ba-blah-blah. This episode makes it extremely obvious that at this point it is Joan's character, who's character is far more admirable and stronger, and Annie is far weaker and deeper flawed. Annie folds without resistance to a man who's obsession exceeds the feelings we expected, proves week, and is justifiably unrecoverable. Yet Yet Joan the b-tch that holds the line on Government protocol chooses relationship over the wrath of the omnipotent. So who is this plot line about anyway? Can Annie recover our empathy? I guess that is why I will be back for 12.