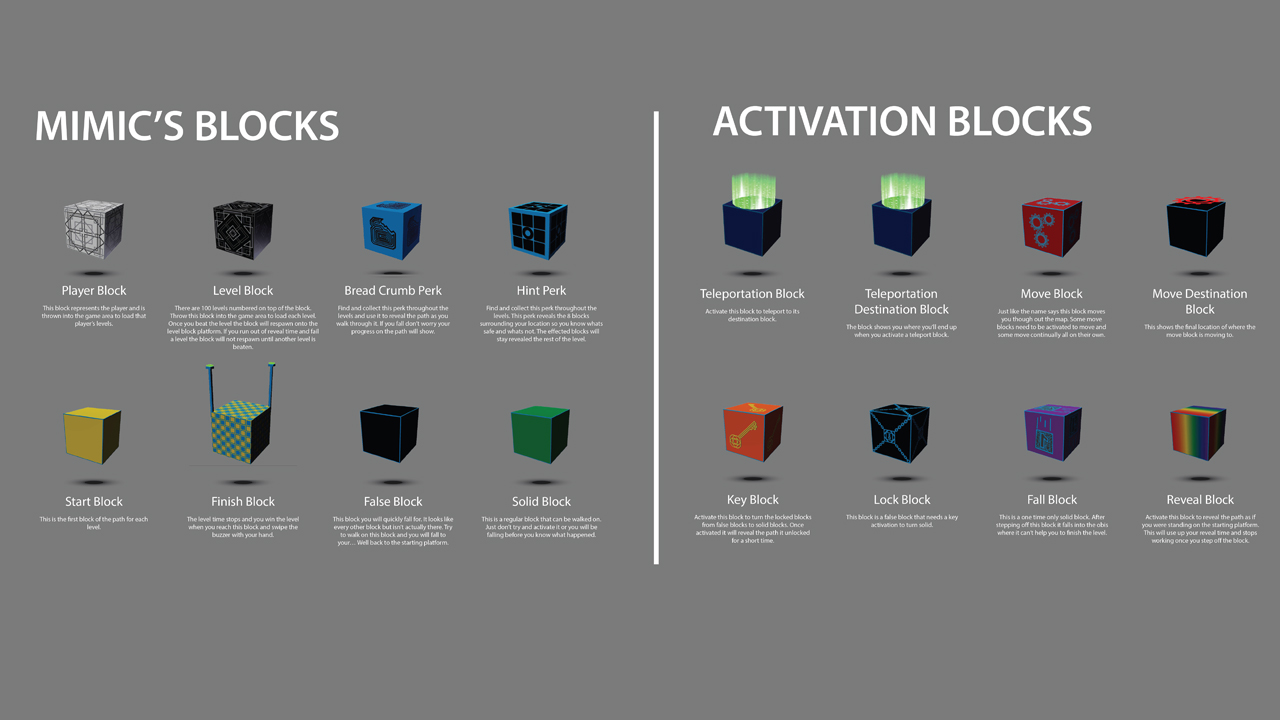 Test your skills high in the sky with Mimic. This VR experience and puzzle memorization game is the first release from Scribe. Mimic will test your memory, precision, timing, and possibly fear of heights as you run, glide, teleport and unlock your way though 100 unique levels in 10 different environments. Memorize the path as quickly as you can to reach the finish block as you compete against yourself and with other players on online leader boards. Collect stars to unlock levels and environments with increasing difficulty and added obstacles. 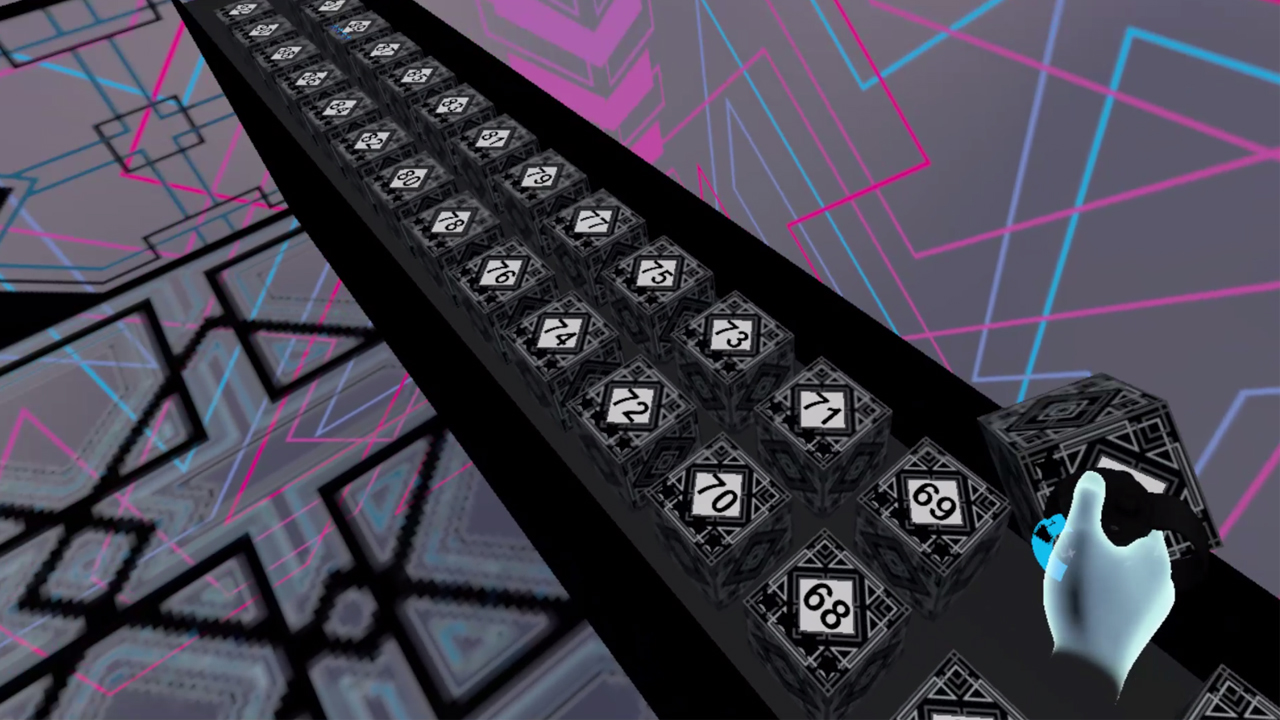 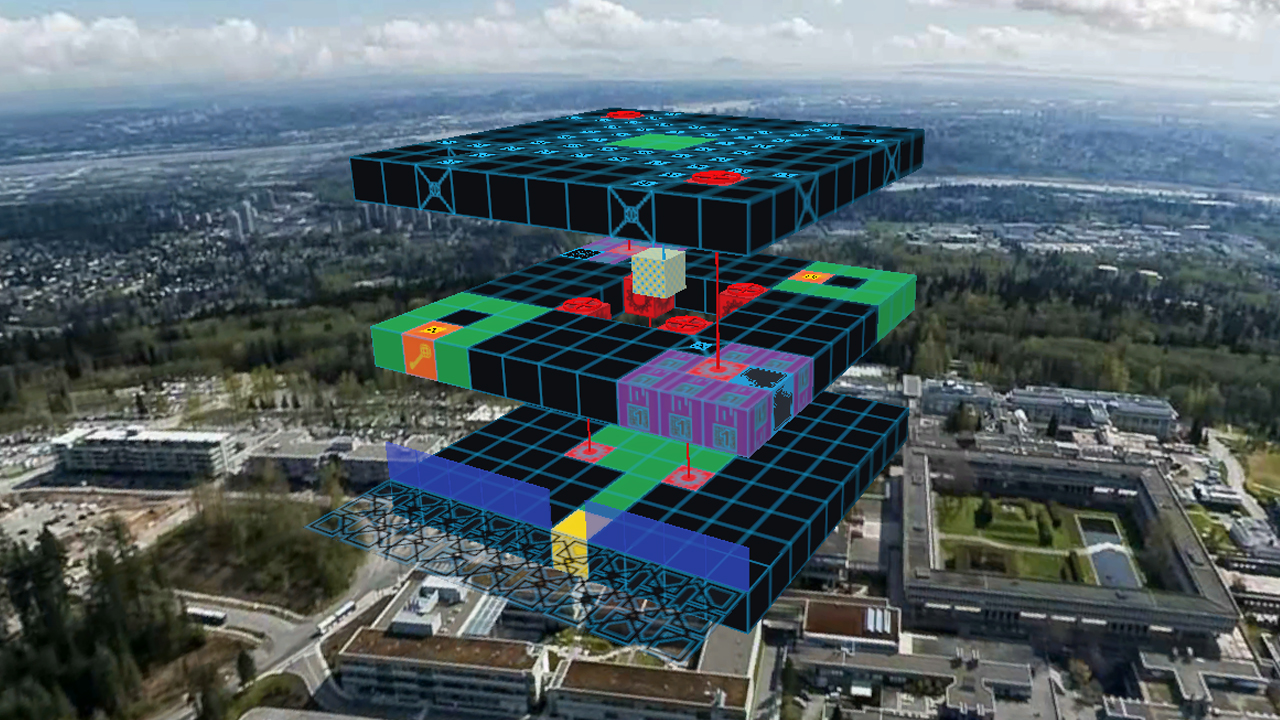 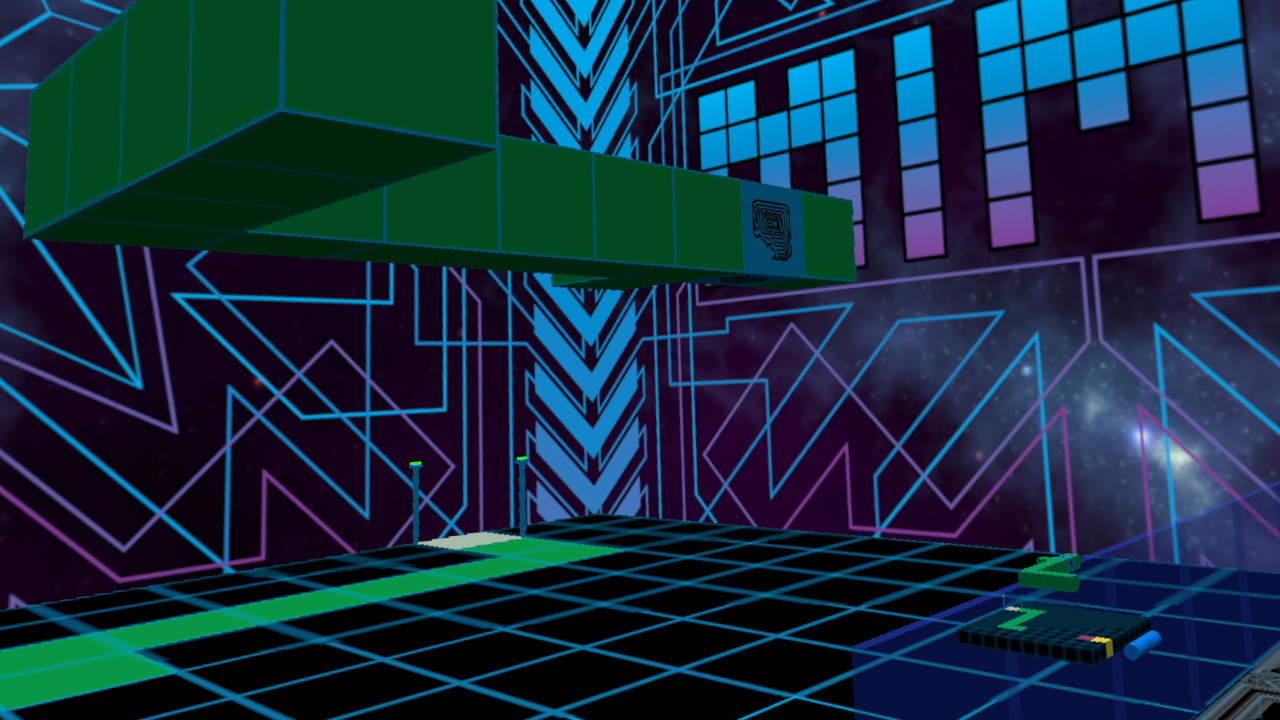